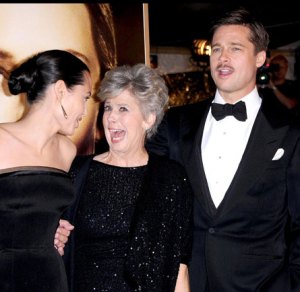 Last month, the News-Leader in Springfield, Missouri, published a reader’s letter asking voters to reject Mitt Romney because of his Mormon faith.

I have given much thought to Richard Stoecker’s letter (“Vote for Mormon against beliefs,” June 15). I am also a Christian and differ with the Mormon religion.

But I think any Christian should spend much time in prayer before refusing to vote for a family man with high morals, business experience, who is against abortion, and shares Christian conviction concerning homosexuality just because he is a Mormon.

Any Christian who does not vote or writes in a name is casting a vote for Romney’s opponent, Barack Hussein Obama — a man who sat in Jeremiah Wright’s church for years, did not hold a public ceremony to mark the National Day of Prayer, and is a liberal who supports the killing of unborn babies and same-sex marriage.

I hope all Christians give their vote prayerful consideration because voting is a sacred privilege and a serious responsibility.

This is yet another piece of evidence, in a long list of pieces of evidence,  of why religion is just bad for human kind. Bad, bad, bad – in every imaginable way possible. It is like a cult, no it is a cult, that has taken over like the fucking invasion of the bodysnatchers or something. Everyone is either doing it, for it, advocating it or apologizing for it (i.e. “but no not all religious people are like that“). Umm., yes they are. Some just aren’t vocal about it but they all believe the same kind of crap essentially.

Jane Pitt is entitled to her opinion and she is also entitled to send letters to editors if she wants or, for that matter, use any other means possible to make her opinions known. This is a free country after all where even uneducated, ignorant women like her have the right to say what is on their mind.

But this isn’t about freedom of speech. This is about a bigot once again engaging in hate speech and advocating for the discrimination of a group of people (i.e. gays) she doesn’t know and who have not done her any harm, under the guise of free speech.  This is bigtory and narrow mindedness at its height and the fact that she is the mother of a famous person is problematic because there is real impact associated with her name. In other words, people will listen to her bigoted shit and she is not someone anyone should listen to.

What exactly about her letter is ignorant, uneducated and hateful you ask? I find this particular passage quite revealing:

“[Romney is] a man with high morals, business experience, who is against abortion, and shares Christian conviction concerning homosexuality”

The truth is that Romney is not a man with high moral convictions. His company and business practices (corporate raiding) have rendered tens of thousands of people, if not more, jobless and destitute. Yeah sure, he didn’t pull the trigger on them, like the Unabomber – whom Harvard did not even want to mention in its alumni directory – but his actions have caused hardship, sickness and even death to thousands of people. Thus they carry weight and consequences far from that of a man with “high moral convictions. ” And I promise you they won’t take Rommey’s name off the Harvard alumni directory.

The only business experience Romney has is acquiring companies, loading them up with debt, pushing them into bankruptcy, then laying people off and canceling their health benefits. As governor of Massachusetts he did the same thing: his party ruined the economy, he cut education, raised fees on the middle class to benefit the wealthy and his state ranked 47 in job creation.

The stud, his blood-drawing, vial-of-blood-around-the-neck piece and his homophobic bigot of a mother.

Mitt Romney is also not against abortion, nor could he cares less about the unborn or even born – as clearly expemlpified by his track record.  Mitt Romney is a narrow-minded, religious bigot and misogynist who, in essence, has no respect for women and love for womanhood in essence. Sure, he loves his wife, as long as she doesn’t overstep her boundaries and knows her place I guess. But his support of cuts for Planned Parenthood -whose majority of work consists of disease prevention and health promotion and very little abortion – and his support of the recent anti-woman legislation including the transvaginal ultrasound probing of women who seek an abortion, speak volumes about him and his views on women.

So, this isn’t about abortion and he is using abortion – like all misogynists do – as a stepping stone for his political agenda. If he cared about the unborn, he would not enact policies or advocate for enacting policies that leave their parents destitute. Just being against abortion but fucking people over after they are born is not a sign of high moral character.

Finally, his “Christian” convictions on homosexuality are that gays should be treated as second class citizens and human beings and if he could he would round them all up – like that baptist pastor advocated a few weeks ago – and cage them behind electrified fences until “they die out.”

The fact that despite all the evidence supporting the contrary, Brad Pitt’s fucking mother – who is a stupid, uneducated woman apparently not knowing much of anything – thinks that Romney is just a great guy and faithful Christian with a high moral character is what is truly upsetting here. In other words, the ignorance is that woman’s letter is mind boggingly staggering. And the fact that she sends a letter to the editor scolding people who don’t want to vote for Romney based on the above mentioned criteria as bad people and bad Christians, trying to shame them, is what is even more infuriating. There certainly is nothing Christ-like about this woman.

When she puts something like that out there, people have every right – and in her case every duty – to speak up.

Furthermore, with celebrity and fame comes power and with power comes responsibility. Jane Pitt knows her credibility goes up when she uses her name that is associated to her A-lister son.  There is no way she was not aware of this when she send in the letter. In the day and age of celebrity gossip and TMZ it is beyond naive to think that as a a celebrity or the relative of a celebrity, the things you do and say will go unnoticed.

Now the minions and faithful followers of her son in this country  have a real dilema: do they listen to the mother of the hottest man alive and superb actor who’s about to marry the greatest humanitarian with a gold plated  vagina and uterus of all times, or do they think for themselves?

Three things  To Get Out of This

2) Brad Pitt should be seriously ashamed of his mother. I mean really…ashamed to the ground.

3) Now I really hope Shiloh is going to turn out to be either a full-blown bull dyke or transgender candidate to make her Christian grandmother with Chrisitan values and a high moral character very, very proud.

This entry was posted on July 8, 2012, 11:22 AM and is filed under Everything. You can follow any responses to this entry through RSS 2.0. You can leave a response, or trackback from your own site.