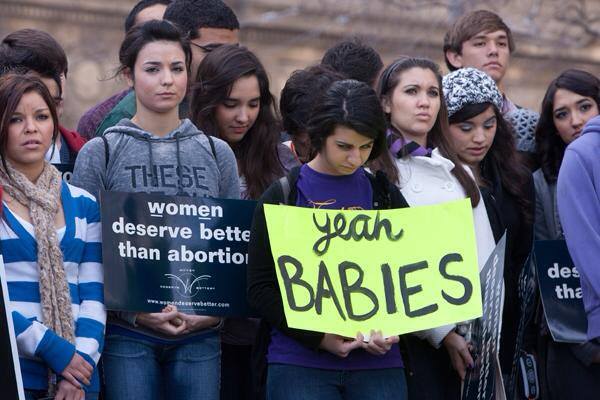 Actually, women deserve better than to have their agency and right to bodily autonomy undermined.

They deserve better than to be treated like incubators for fetuses.

They deserve better than seeing their lives valued less than the lives of the fetuses they carry.

They deserve better than having to stand by and watch when others seek to legislate control of their body without their consent.

They deserve better than having to let others make decisions about their body without their consent.

They deserve better than being constantly subjected to hostility of both their autonomy, consent and personhood.

They deserve to have a choice and a say over what do with their bodies, and by extension, with their lives.

Women who do not have control over their bodies and reproduction are more subjugated, they are poorer and overall more disadvantaged economically; they are nothing but disempowered puppets in the societies they live in. They are breeding machines, a means to an end;  second class citizens and human beings.

Not having access to safe abortions harms women as they will then have to turn to backdoor alley procedures and abortion pills from across the border to have a procedure performed to which they have every right.

I fail to understand how undermining safe access to abortion can be considered a thing that makes one pro-life.

Having control over one’s body is a right and has nothing to do with deserving unless one considers human beings having their agency and autonomy respected and upheld as something we all deserve.

This entry was posted on July 15, 2014, 8:25 PM and is filed under Everything. You can follow any responses to this entry through RSS 2.0. You can leave a response, or trackback from your own site.