Posted by popreflection in Everything on August 19, 2014 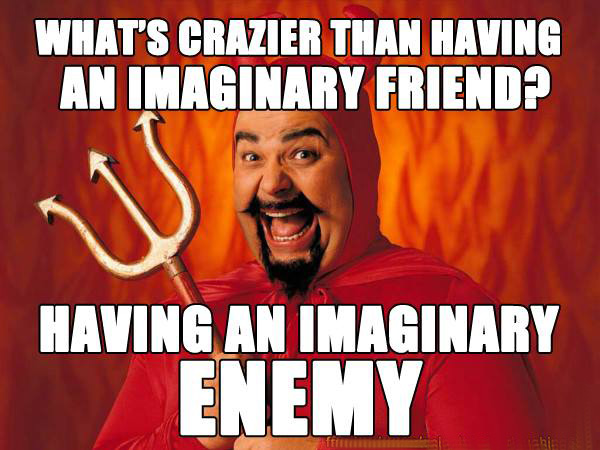 The Lord Works In Mysterious Ways

Posted by popreflection in Everything on July 24, 2014

Such as standing by when horrible things like this happen. Not just standing by but having front row seats and doing nothing.

It really is good to know that without a god and religion, people would have no morals and no way to tell right from wrong. 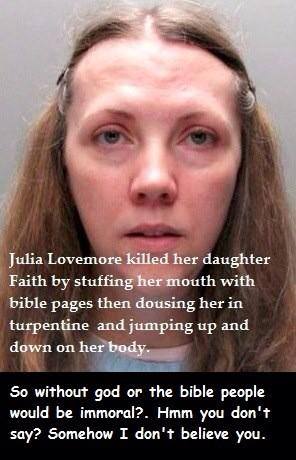 Quote of the Day

Posted by popreflection in Everything on May 28, 2014 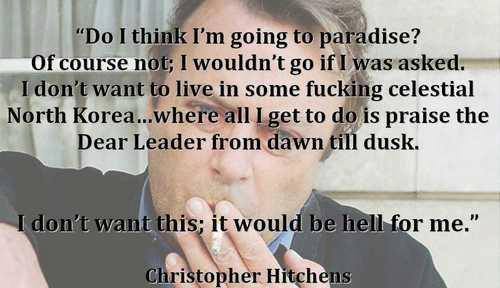 I have always said that the concept of eternal heaven, or anything without parole and a way out, really, whereby one spends eternity just being happy with ones loved ones – no drive, no seeking out truth or knowledge, wonder or laughter, no challenges to the way we view the world and ourselves – just being happy forever and ever with loved ones, seems more like hell and punishment than bliss. Who wants that?

Who wants to spend eternity like that? It sounds boring to me and lazy and simple-minded and as I would imagine hell, actually, not a state of contentedness.

Existing in absolute bliss with everyone for eternity while being forced to worship a narcissistic egotist that creates you one way and sets the rules at the exact opposite to see if you fuck up so he can punish you,  is not enticing

In fact, anything that involves eternal anything without parole or a way out seems more like hell – metaphorically speaking – than a blissful paradise.

Taking away someone’s choice and with it autonomy is just about the worst thing that can happen to anyone as it is just another form of control, in which case, then, heaven becomes nothing but a gilded cage.

Most importantly, however, the concept of a paradise – as pertaining to human existence – seems unreal.  The good cannot exist without the bad. In fact, goodness or heaven or bliss do not make much sense without their counterparts.

In paradise, there is no passion, no drive, no ambition, no hope, no imagination, no creativity…because those things are borne not out of paradise and bliss, but out of the growing pains of existence. There is no passion, hope or imagination in paradise  because  there doesn’t have to be. All is good – there is no reason to invoke anything else or strive for anything else. It is like having everything in life and nothing left to hope for or strive for. That seems like a pretty boring, if not torturous, existence to me.

Not that i wish for evil to happen but human existence or existence itself is tragic. Death and the end of all things conditioned (at least by what we understand as existence to mean) play a powerful role in that. Imagine how fundamentally different our existence would be if there was no death.

Furthermore, the concept of heaven and earth – much like good and evil, light and dark  – seems too simplistic. Like Star Wars, where everyone – with the exception of Han Solo – is an archetype of some sort: a guru, a princess, a chosen one, an evil emperor, or a woolly mammoth.

Real people, however,  and their lives have trajectories, a motivation which grows and shifts over time, realistic interests and ambitions, a satisfying or dissatisfying growth and so on. Real people have real flaws, hopes, dreams, setbacks, and strengths. People in a perfect heaven don’t.

The concept of heaven and earth is very childlike and simplistic. Everything is expressed, assessed and viewed in very simple, child-like terms: good guy versus bad guy, good cop vs bad cop, light versus dark…heaven and cotton candy and bliss versus the dark underground, fire and burning in hell. It is just too easy.

Eternal bliss is one of things people always dream of or think they want, but if you really think about it, it is just boring. It doesn’t feed the soul or imagination. On the contrary, it leads to its degeneration.