I Will Miss Bernie Sanders

Posted by popreflection in Everything on June 9, 2016 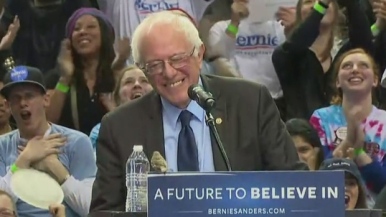 I will miss Bernie Sanders and the air of hope and optimism he brought with him during this Primary season.

After all the capitulations of the Obama Administration to Republican demagoguery in general and to the GOP in particular; after all the nay-saying and “no we can’t do it after all” crap and over-compromising to the point of actually compromising one’s core principle and thereby essentially allowing Republicans to set the tone and direction of national policy and debate, it was great to see someone who inspired real change;  who wasn’t just another god-damn politician looking out for himself and his bottom line, perpetuating the same failed policies that further no one but the greed and avarice of the one percent.

Republicans have set the bar so low that it really does not take much to exceed it. This country has moved so far to the Right, that both Obama and Clinton would have fit well into the Reagan administration instead of FDR’s. The Republicans are so awful, that they make people like Clinton and Obama look good and liberal, rather than showing them as the moderate Republicans they really are. Republicans who have turned  not being a fascist into a standard which politicians like Clinton aspire to (“Hey vote for me, at least I was not THAT  horrible.”),

Seeing people come together, being fired up, having hope for a better future for all Americans, was inspiring. I think a lot of even cynical people felt that there was finally a political leader who wasn’t telling us what we wanted to hear becasue it was politically expedient,  but who, behind closed doors, just went on with business as usual. Someone who finally got it and who strived to make it happen, even if he knew it was hard. It was great to see someone who isn’t running a capitulation campaign,  where you aim really low so you can at least get that done (which is sort of the message I got from Hillary Clinton, in a nutshell).

A lot of Clinton’s supporter believe that Sanders’ supporters live in a fantasy world where everything is free and they don’t have to work for it.  We were and continue to be dismissed as a bunch of pie-in-the-sky dreamers, detached from reality, who don’t know any better, versus Clinton who repeatedly prides herself in her pragmatism and no-nonsense attitude.

But we are not blind. We understand the political process perfectly well.  We understand that the President isn’t an elected king and that he has to work with Congress and lawmakers to make things happen. We understood the value of compromise. We know that this is going to be an upward battle requiring effort, a thick skin and hard work. And we knew that Bernie Sanders was not going to waltz into the White House, swing a magic wand and make it all happen.

But winning is only half the battle. The appeal of the Sanders movement is about achievability as much as it is about inspiration and believing that one must and can work toward a movement for greater equality, fair wages, universal  healthcare, and an end to corporate control of our political system. That in and of itself is half the battle.  And if you can’t even envision that, just like Clinton cannot and won’t envision it, then why do you even fucking want this job? Why do you bother? 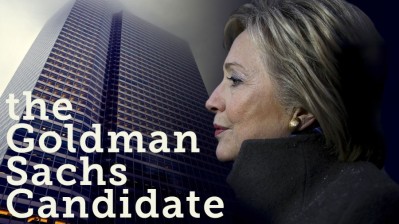 In fact, I have often wondered why given her defeatist  attitude Clinton even wants this job. She is rich enough so it is not like she has to work. And how much more money can one person need and want?

Is it for power? Prestige? To be the first woman President? Bragging rights?

I look at her track record and I look at her during this Primary season and I don’t see a public servant, I don’t see someone who wants to bring about change and reform. On the contrary, what I see is a neoliberal, Wall Street-funded, status quo-perpetuating, multimillionaire  militarist.

It is a shame. We had the chance to elect an utterly honest man who has not spent  the last 40 years enriching himself at the expense of the American people. Unlike Sanders’ positive and hope filled message, this so-called victory by Clinton brings with itself an air of hopelessness and despondency that weighs down my heart.

The masses of people being gullible sheep who vote against their own self interest is nothing new, but it never ceases to amaze and appall me when I do witness it.  Sanders is a man who, going by his tax returns alone, is  broke compared to his multi millionaire colleagues in Congress. He and his wife made less in one year ($204k) than  Clinton makes in one speech to Goldman Sachs. He didn’t vote for every war he could vote for,  he was not being sponsored by banks and corporations while also receiving endorsements by the likes of the Koch Brothers and war criminals like Henry Kissinger. Unlike Clinton he has not spent the bigger part of his career aligning himself with the powerful and wealthy against the powerless and poor.

Yet who do people vote for? Hillary Clinton. A woman who  wore a $12,000  Armani  suit while giving a speech on income inequality. 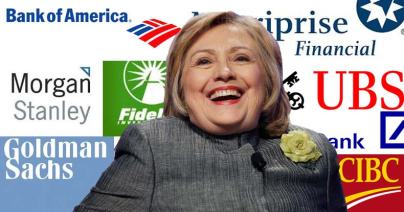 As a woman and feminist I am supposed to feel really elated and happy here. It is a historic moment for the United States to finally have a woman Presidential nominee and probably also President. However, I feel nothing but disappointment and despair. I look at the next six months with a heavy heart and know that she will win the General Election, too, given that the person she is running against is not really a viable candidate, or even a opponent, but more like a troll. So in a way Clinton will be running unopposed come this November.

Of course, Hillary Clinton is qualified and experienced for the job. Nk doubt in my mind she is brilliant. However, it is not her qualifications that are in question here, it is her priorities. She is bad for America and this historic moment of finally having a woman on the command chair is overshadowed by the fact that Clinton is not the Progressive she claims to be.

Clinton is not running (at this time or any other) to help the American people, who have been nothing short of brutalized by corporations and the politicians that do their bidding – including Clinton – or to make America a better place. She’s running because the Presidency is the biggest prize in the world, and she wants that prize. Trump is running for the same reason–bragging rights.

If she wins, and she will win, her presidency will then be focused–again–not on the people, but on doing just enough to secure a personal legacy and a place in the history books as The First Woman President.

Someone who accepts nearly a million dollars in speaker fees from Goldman Sachs to congratulate them on a job well done and who goes to fundraisers were people spend nearly $400,000 on a plate, and someone who has a track record of voting for all the fraudulent wars this country has been engaged in for the past five decades and Wall Street bailouts and policies aimed at furthering the 1% at the expense of everyone else, someone who has already said that there will never, ever be universal health care and free – or at least affordable -education and meaningful student loan reforms for all, not just special interest groups – is not someone who should be running on the Progressive ticket.

For the record, Goldman Sachs does not pay HRC $250,000 per speaking engagement for nothing. Those rich people in the aforementioned dinner organized by George Clooney don’t spend nearly $400,000 a seat to help poor people. This is an investment and those people will  want a return on their investment; a return which doesn’t include you or I.

Clinton is a moderate Republican, paid and endorsed by big banks to convince the middle class to be happy with the old deal. And this past Tuesday, middle and working class America agreed by making her their nominee.