Why Keith Olberman Got Fired Again

Posted by popreflection in Everything on March 31, 2012

Keith Olbermann, former host of MSNBC’s Countdown with Keith Olbermann, from where he was eventually fired, faced the same music again yesterday when Current TV decided to let him go as well, stating that their values of “respect, openness, collegiality, and loyalty to [their] viewers” were  “no longer reflected in [their] relationship with Keith Olbermann.” They did not make any mention of any specifics or what might have precipitated their decision to can Olberman who will be replaced by former New York governor and CNN host Eliot Spitzer.

I must say I was shocked and saddened when they fired him so unexpectedly last year. I always knew that he was quite an opinionated person who did not shy away from saying it like it is, but he never crossed the line or divulged in tasteless banter or in any other way comprise the integrity of his show and the viewers. Yes he was outspoken and passionate – and I hate having to say that in this apologetic tone as if it was a liability – but he was never rude or unreasonable.  I especially loved his insight and willingness to swing a heavy hammer to the privileged and demand they cough up their fair share. So needless to say that it was really strange to me that they fired him so promptly. He wasn’t even given the opportunity to say goodbye, he was just booted.

Olbermann’s firing from Current yesterday leaves much of the same bitter aftertaste in my mouth. His position at Current was supposed to be his triumphant return to television in tatters. After his bitter departure from MSNBC, Current sought to make him the centerpiece of its rebranding as a progressive news network.

It was not long, though, before the tensions between Olbermann and his superiors exploded into the open. In January, his sudden absence from Current’s coverage of the Iowa caucuses led to open warfare between the two sides. Olbermann fired off a statement saying that he was “not given a legitimate opportunity to host under acceptable conditions,” adding, “They know it and we know it. Telling half the story is wrong.”

There were also reports that Olbermann was incensed by repeated technical problems with his show, and miffed that he was not being given a greater say in deciding which shows were going to precede and follow his.

All this of course just seems to be nothing but a ruse to get rid of Olberman whose direct approach on a lot of liberal causes don’t stomach too well with Al Gore and Joel Hyatt, the founders of the network.

A few things have been swirling around that could have given us all a clue as to the fat of Olberman on Current:

1.) Comcast became a partial owner of Current
2.) Keith’s background during taping kept going black, lights kept fading out on him, and audio would be sketchy at his “new” desk
3.) Keith did not host the NH primaries for Current
4.) Jennifer Gandholm, former Governer of Michigan, was lauded and courted by Al Gore, on Chenk’s program. Jennifer, looked and acted as if she swallowed a cheshire cat, and her behavior of overt aggressiveness with the two men, made me think she was going to have a big role in Current soon.
5.) Jennifer has her own heavily promoted show, non-stop ads, huge new layout, all the cameras, big TV screens, etc…and Jennifer covers the NH primary; surprise!
6.) Keith, once again is forced to table “Worst Persons” and his absences are growing.
7.) Rumors are surfacing about Keith being in dispute with Current, but Keith has a nasty cold and bronchial cough and had to take time off; he was still sick upon his return

Why Keith Olberman was Really Fired

The problem, if one can call it that, is that Olberman wants to rake his opponents over the coals,  which he is very good at, and which, frankly, his opponents largely deserve. Al Gore, on the other hand, wants to play  “nice” with his opponents, which is most definitely not Olberman’s (or mine for that matter) style, not to mention detrimental.

Wanting to “play nice”, however, is precisely what the problem is with the Democrats in Congress (and the White House), and why little has gotten done in the past four years to benefit the middle class: Obama wants to play nice with Republicans.  Over the past four year, more often than not, he has continuously been giving in to the credence of their cut throat policies that only benefit the 1% at the expense of everyone and everything else; he has been pushing for  bipartisan politics in a Congress that mostly loathes him and where they have so little respect for him as a person and the office of the Presidency that he occupies that they yell “you lie” while he is addressing Congress. In fact Obama took playing nice so far that the Republicans conned him into extending the much loathed tax cut for the wealthy – the one thing he had vowed during his campaign he was not going to do. It was so bad they even got him to apologize to the UK for having criticized BP for the devastating oil spill it was responsible for and which since has left the Gulf in shambles.

Yes, BP was responsbile for the spill and Obama ended up apologizing to the UK for saying that BP was responsbile for the spill. The fuckery went so far that even US legislators, such as Rep. Joe Barton from Texas, ended up apologizing on Obama’s behalf for the $20 billion escrow account that his administration asked BP to create for paying out damages in the case.

These are just a few examples of the kind of nice play folks like Al Gore and Obama have been engaging in during some futile attempt to somehow do what exactly….gain the sympathy of conservatives, make them understand? To reason with them? To show that they are reasonable?

The truth is, however, that you can’t ‘reason’ with conservatives who – out of principle – say that up is down when Obama says so; just as you can’t reason with irrational people.  Al Gore, of all people, should already know this from the way he was treated for his global warming documentary.

Yet here we got Keith Olberman who – official reasons for his dismissal aside – is being basically fired because he has been refusing to play along when conservatives once again stepped forward to take a long shit on the majority of the American people and their causes to enrich the pockets of banks, corporations, oil companies and millionaires. 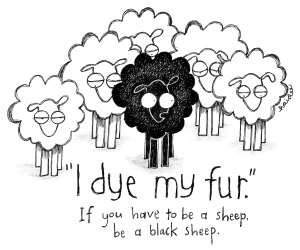 I like Keith Olberman. He stands up for the truth and justice; he wants things investigated, explained and straightened out to better humanity. He champions the cause of those who otherwise may not have a voice.  He is their advocate. And he says those things with conviction and valor.

One cannot deny his passion in this regard. In a way he might be feeling the anger of those people whom he defends so definatly for. He is very unapologetic and quite relentless about it but he is also fair.

He is also not afraid to continue standing by the things he said and believed to be the truth even if it means he is not being popular or liked. That is a rare quality. We have entirely too many sheep in this world who think it is just really cool and classy to be giving credence to everyone’s outlandish, often ignorant views that are detrimental to society and human kind.

Current prides itself in being a progressive news outlet, but they are not really progressive if they are letting Olberman go for essentially being too progressive and liberal. The fact that he got canned twice now tells me he probably refused to cave in  and is a really awesome guy who wont relinquish his beliefs to be polite to people with destructive and sinister notions.

My take on this is that if the Establishment approves of you and likes you, you know you are doing something wrong. As Mark Twain once said, “Whenever you find yourself on the side of the majority, it is time to pause and reflect.”